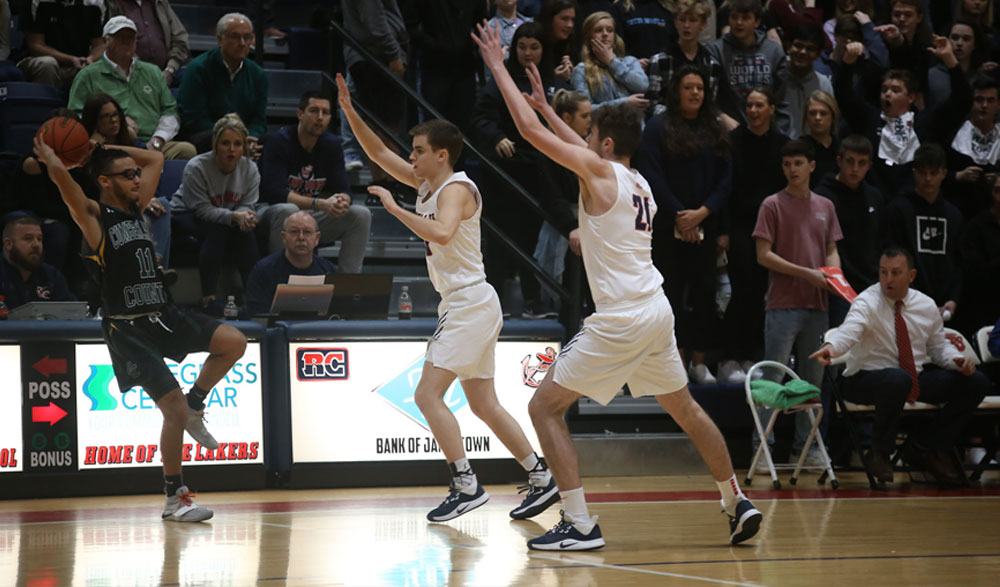 Last night (Tues. 2/25) the Laker Boys Basketball team fell in OT 67-61 to the Cumberland County Panthers in the opening round of the 16th District Tournament here at Laker Gym.

Briley Hadley led the Lakers with 23 points, followed by Scott Hamm with 15 points and 3 blocked shots. The Lakers led for the majority of the game–including an 11-point lead in the early 4th quarter–before Cumberland County tied the game on a free throw to send the game to overtime.

In the OT period, everything seemed to go the Panther’s way as they took the lead and stretched it to a 67-61 win. This puts Cumberland County into the District Championship game on Friday night at 7:00 pm vs the Clinton County Bulldogs here in Laker Gym.