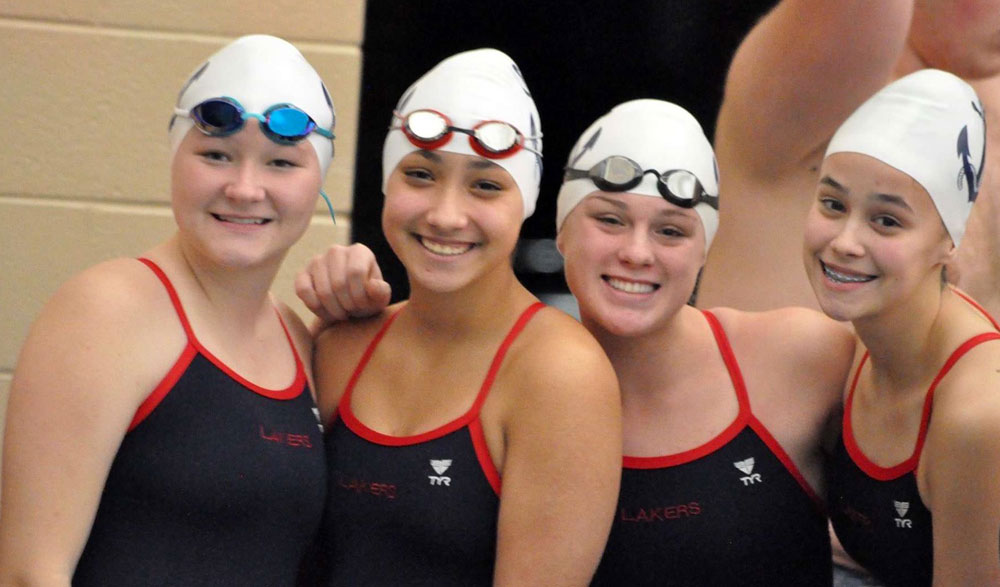 Last week in sports was a busy one for our Laker student-athletes. The Swim Team had a meet with Barren County and Somerset on Tuesday, the Boys and Girls Basketball teams had three games each on the schedule, and the Bowling Team had a match on Monday.

On Monday the Laker Bowling team hosted the Bardstown Tigers at Laker Lanes for senior night as Brooklynne Carroll was recognized as the team’s only senior. Our Lady Lakers finished with 2 wins and 5 losses. High scores for the girls was Brooklynne Carroll 212 and Korrin Therrien 179.

On Friday, the Lady Lakers hosted another district foe, Cumberland County. It was a thriller that was won by the Lady Lakers 58-55 in Overtime.  Star Marcum had a team high 18 points followed by Juliah Bault who had 16 points.

The Lady Laker Basketball team finished a busy week hosting another fourth region team Logan County, and won by a score of 62-45, bringing their record to 14-3. The Lady Lakers were led in scoring by Juliah Bault with 21 points followed by Shiaynn Elkins with 17 points.  The Lady Lakers have games on Tuesday and Friday this week.

The next game of the week for the Laker Boys was Friday at home. The Lakers hosted another district foe Cumberland County.  It was another close game as the Lakers played hard but fell to Cumberland County by a score of 59-52. The Lakers were led in scoring by Jay Milburn who had 11 points followed by Briley Hadley who had ten points. With his 10 points he had Friday night, this helped Hadley join the 1,000 point club. He is the first member to join the club since Tate Richardson in 2018.

Finally, the Laker Boys Basketball team beat Rockastle County on Saturday at home by a final score of 66-52, bringing their record to 7-9. Leading scorers for the Lakers were Briley Hadley with 21 points and Scott Hamm with 17 points. This week, the Lakers host McCreary Central at home on Tuesday for a triple header for their only game of the week.

Thanks for checking in on Last Week in Laker Sports! We hope to see everyone coming out and supporting our Laker Student Athletes.