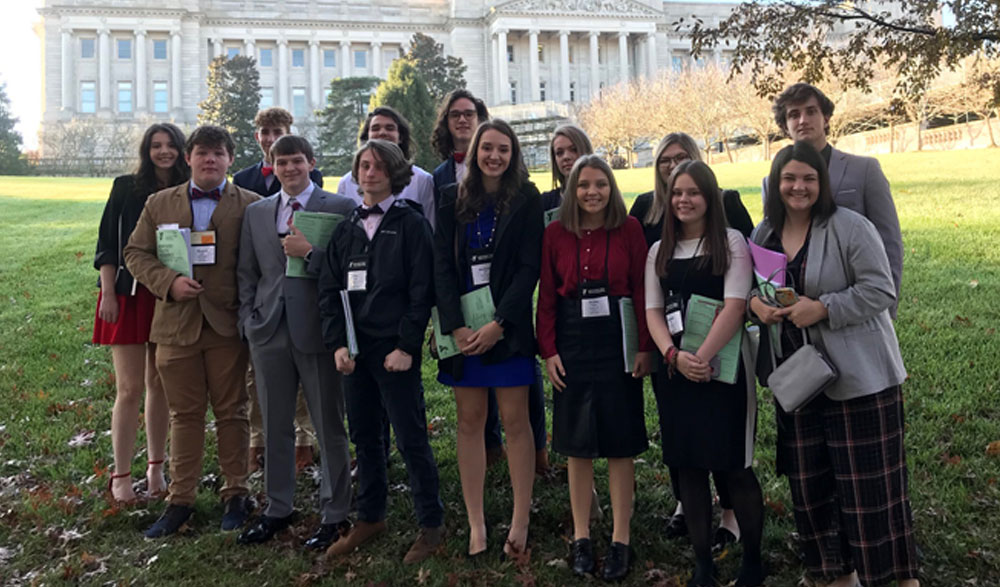 On November 24th – 26th Russell County High School’s Y-Club chapter traveled to Frankfort to participate in the Kentucky Youth Assembly.  There were 14 RCHS students with two teachers that were present, and the club earned many achievements while there.

Throughout this trip students engaged in learning about our government and how the system works.  In competition, the bill submitted by RCHS ranked highest in committee, meaning it was debated on at the Capitol floor in Frankfort on Monday.  Overall, the RCHS Y-Club received the Honor Level Service Award along with the Premiere Delegation.  Also, we are pleased to announce that Kaylyn Bartrug was named Outstanding Delegate.

KYA 2019 was a huge success for the RCHS Y-Club, and everyone that participated had an amazing time learning more about the government together.