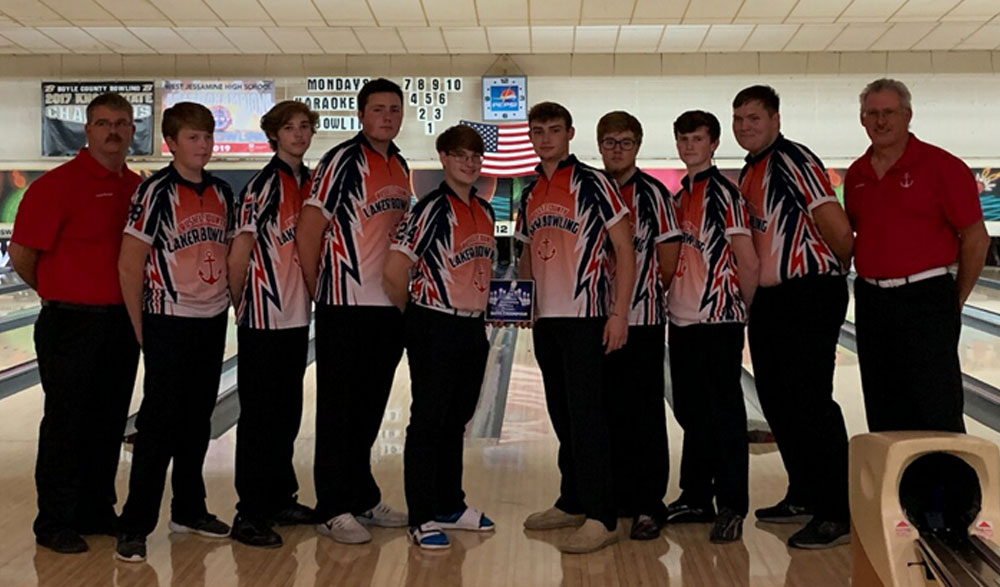 On Tuesday the Laker Bowling team traveled to Danville to compete in the second round of the Bowlarama Tournament Series. Our Lady Lakers were seeded 6th and faced Corbin in the first round, where they fell short 116-140 and 127-129. The Boys’ Bowling team was seeded 2nd and faced Lincoln County in the first round of the bracket, where they beat the Patriots 199-109 and 170-143. In the semifinal round against West Jessamine, the Lakers won 211-203 and 224-171, placing them in the championship round against East Jessamine, where they won 221-168 and 213-200 for back to back champions in the series.

On Thursday, the Laker Bowling team traveled to Phillips Lanes and took on the Green County, defeating the Dragons 7 games to 0. High scores for the boys were Nate Eysenbach 240, Jason Womack 224, Nick Blakey 223, and Zack Kean 214. The Bowling team’s next match will be on Tuesday as they travel to Ralphie’s fun center in Glasgow to take on Barren County.

After a fun-filled Meet the Lakers event on Friday night, on Saturday the Lady Laker Basketball teamed traveled to Elizabethtown to scrimmage North Hardin, both varsity and JV. On Tuesday they will travel to Warren East to scrimmage at 5:30 and 7:00.

The Laker Boys’ Basketball team will travel to Wayne County on Tuesday to scrimmage the Cardinals at 6:00.

That’s all for this week in Laker Sports, good luck to all teams competing!!