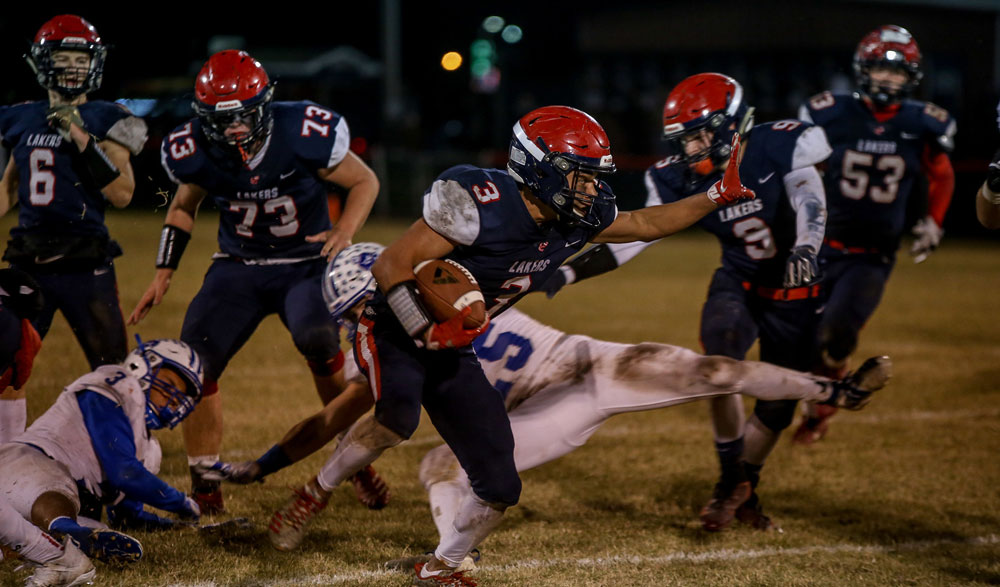 On Friday night the Mighty Laker Football team competed in their last regular season game of the season in an exciting way, beating the LaRue County Hawks 34-28.  Dylan Bland led the team with 173 rushing yards and 2 touchdowns while Mason Hinkle led the defense with 13 total tackles. The Lakers travel to Franklin-Simpson Friday night to take on the Wildcats in the first round of the playoffs.

On Saturday the Cross Country team competed in the Class AA State Cross Country Meet for the first time in School history, placing 28th among the teams that qualified.  Our teams’ top runners were Justin Stearns placing 52 and Clayton Trosper placing 110.  We would like to congratulate our Cross Country team on an amazing season and being the first CC team in Russell County High history to qualify for the State meet.

The Lady Laker Volleyball team traveled to Glasgow last Tuesday to compete in the 4th Region Tournament. In the opening round they competed against the Greenwood Gators, losing all 3 sets. We would like to congratulate the Volleyball team on a great season under first-year head coach Faith Womack.

The Laker bowling team competed last week at home against the Green County Dragons. The Lakers came out on top with our leading scorers being Dylan Stringer scoring a 267 and Zack Kean scoring 246.  They will compete again Saturday against Central Hardin at home.

That’s all for this week in Laker Sports! We’d like to wish the best for all our teams in competition this week!