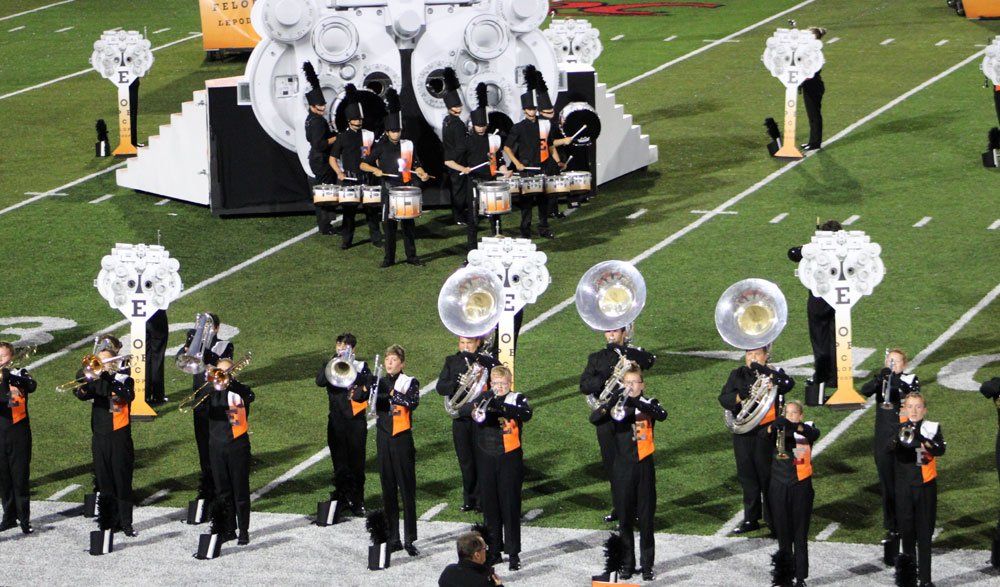 The Mighty Laker Marching Band competed in KMEA Class AAA East Regional competition at George Rogers Clark High School on Saturday October 19th. The Laker Band was the first of eleven class AAA bands to perform, and by the end of the night, received a distinguished rating and 2nd Place with a score of 89.8.

With this result, the band advances to State Semifinals on Saturday October 26th 2:15 PM at Warren Central High School. From the sixteen bands performing at semifinals, four will be chosen to continue to finals that night at WKU at 6:00 PM.

The show, titled “The Better Machine”, features a variety of musical selections, optometry-related props, and a voice-over discussing the idea of perception.

“State Week” will be a week of celebration for the hardworking individuals of the Laker Band as they continue their many hours of practice to reach their goal of a state championship. RCHS wishes the Mighty Laker Marching Band the best of luck at they compete at semifinals this Saturday!