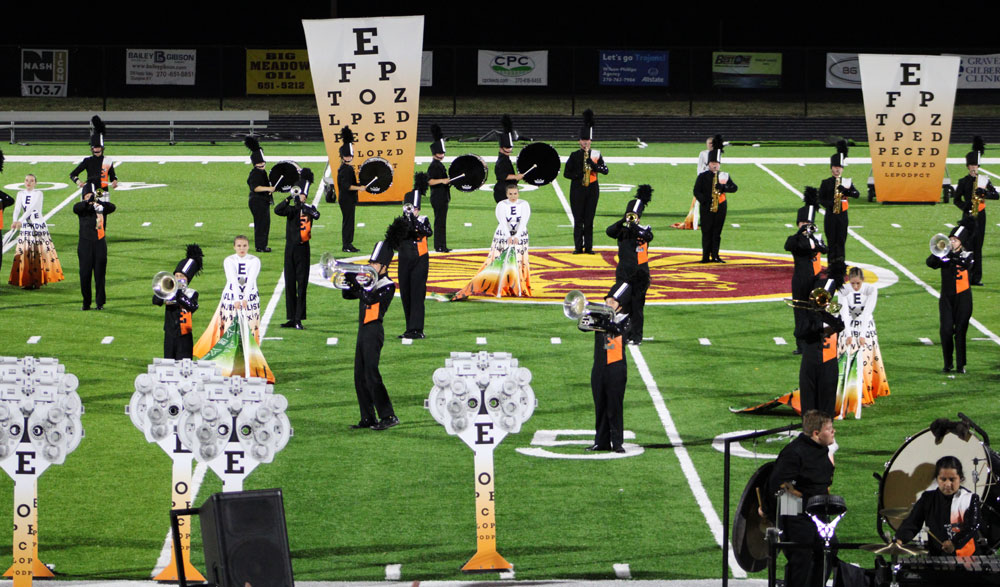 The Mighty Laker Marching Band traveled to Glasgow on Saturday, September 29th to compete in the Barren County Invitational.

The band performed at 12:15, and at the preliminary awards ceremony, was presented with first place in class AAA and best guard in class AAA, securing a spot in finals competition later that afternoon. Russell County took the field for finals competition at 7:15, and had another spectacular run. At the end of the night, Russell County was awarded Reserve Grand Champion, coming in a close second to AAAA band, Anderson County.

The band’s 2019 show, “The Better Machine” plays on the motif of optometry and the phoropter, the tool used by optometrists to determine the clarity of eyesight. The theme is evident in the color guard dresses, the props, the orange ombre, and the voice over from the popular television show, This Is Us, as the character Randall questions, “Is this clearer? Is this better, or is this better?”

The band will compete next at Bands of America, in Johnson City, Tennessee on October 12th.