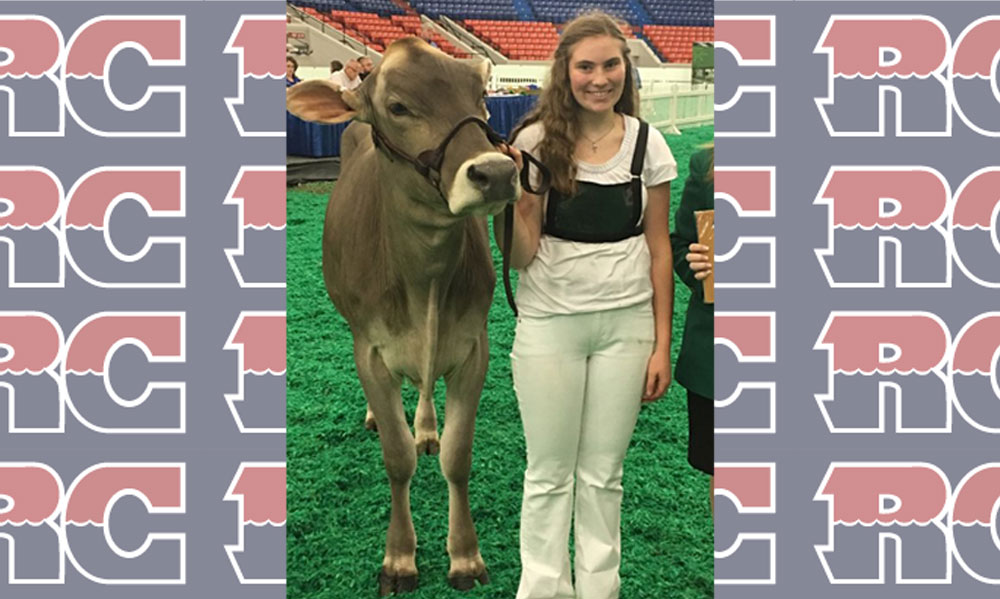 Last Thursday in Louisville, RCHS senior Skyla Lawless won the First Place Blue Ribbon in the Dairy Holding Contest at the Kentucky State Fair. This is a proud accomplishment for Skyla, who has been working with cows ever since she was five years old.

They started off the contest by assigning her a random cow in which she would show around the ring for the dairy judges to look at. Skyla was not only responsible for showing the cow, she also had to retrieve the cows from other contestants in the ring when they messed up. Before the State Fair, Skyla prepared for the contest by practicing on random cows on her farm who were not broke to lead yet.

Skyla will be on the road to Nationals at Indianapolis, Indiana in October. RCHS is very proud of her accomplishment! Good luck at Nationals!