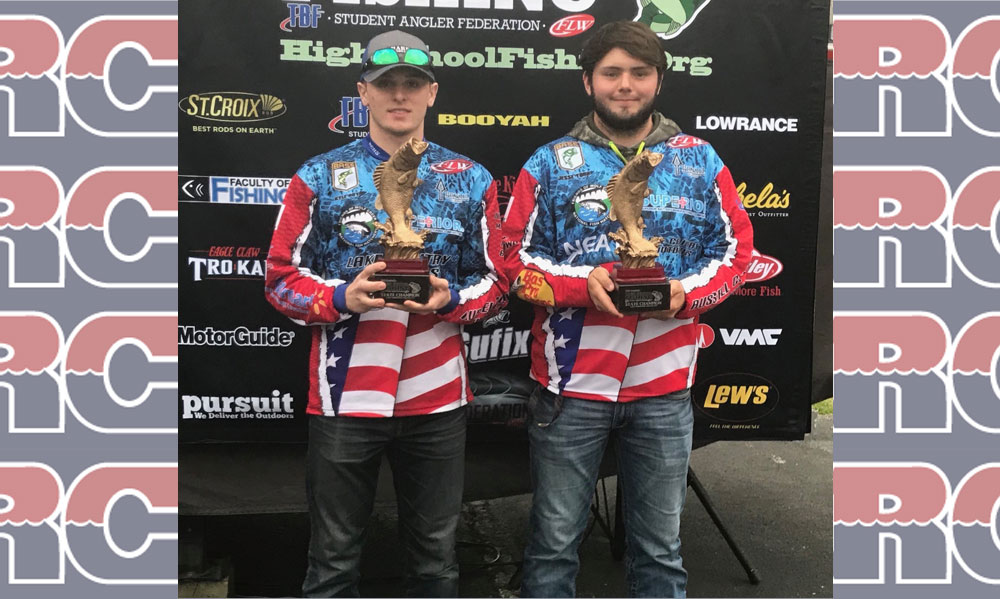 Last weekend two seniors from the RCHS Bass Fishing Team, Kyle Roy and Jesse York, competed in the SAF/TBF State Tournament at Lake Cumberland.   Making up one out of the three RCHS teams entered, Roy and York made the run to their favorite spot–Lily Creek–to catch all of their fish.  In the end, Kyle and Jesse caught their limit of 5 fish, weighing 16 pounds and 15 ounces, which was enough to take State championship.

According to York, “Kyle and I were talking on the way back in that we didn’t think we had a chance to win, but the Lord blessed us.” Kyle and Jesse ended up leaving with a first place win out of 248 boats. This impressive accomplishment is no surprise to the Laker community. Congratulations, Kyle Roy and Jesse York on your State Bass Fishing Championship!