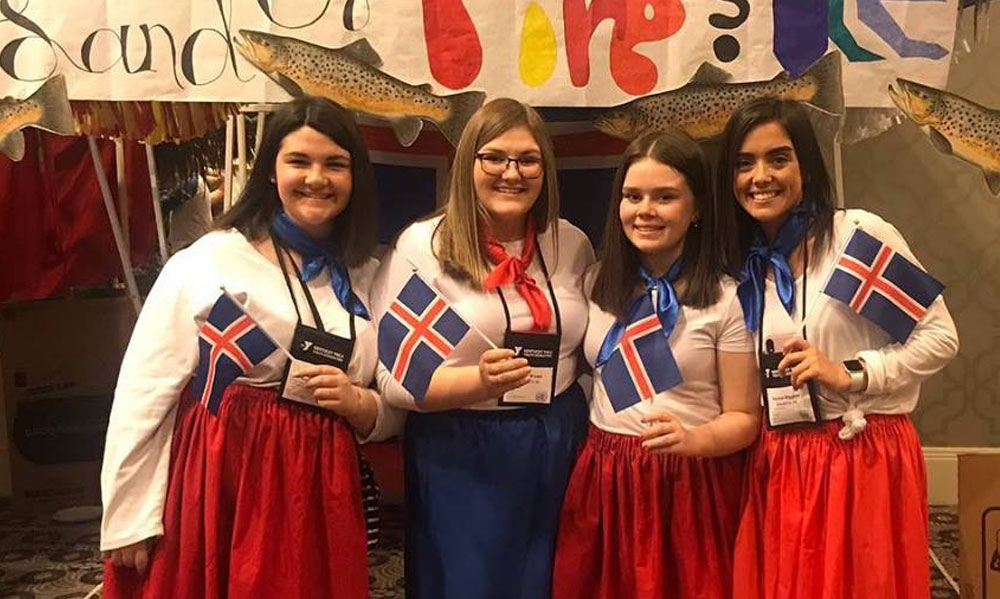 This past weekend the RCHS Y-Club traveled to Louisville for the annual KYYMCA Conference–better known as KUNA (Kentucky United Nations Assembly)–where they represented the country of Iceland.

On the first day of the event, RCHS Students Elly Richardson, Morgan Loy, Jessie Bryant were in charge of the global village that they spent countless hours working on.  Connor Williams, who ran for Secretary General, wrote a speech, created platforms, and presented in front of the entire conference, moving him on to the second round.

The RCHS Y-Club once again had a great time and an awesome learning experience at KUNA.  The students would like to thank their sponsors Laura Davidson and Charlie Anderson for all that they do for the Y-Club.