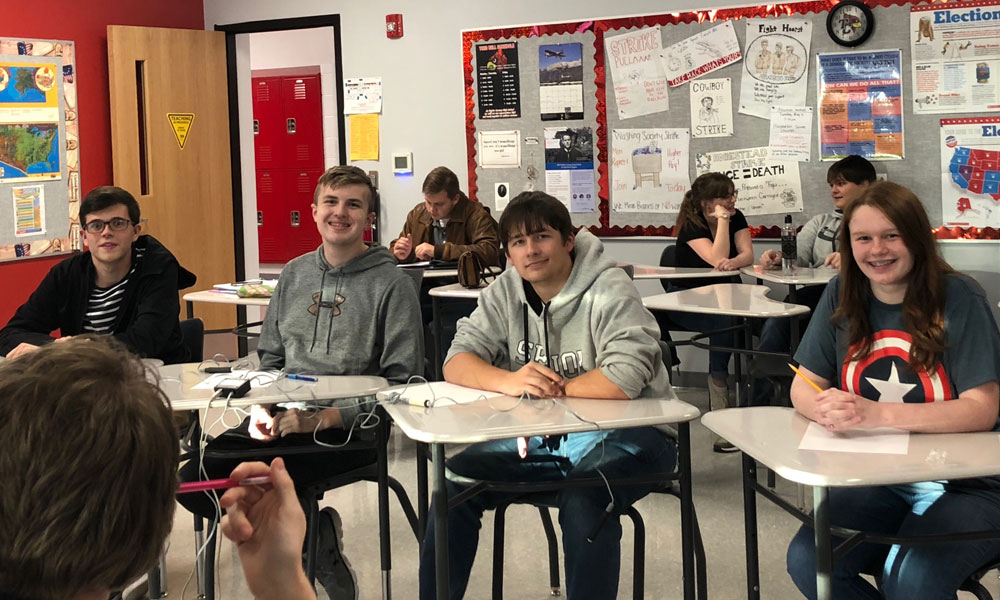 The Russell County High School’s Academic team that is coached by Mrs. Devin Godby, is gearing up for a full, successful season.

They began practicing for their meets in August, with 10 members as part of the quick recall team with Alex Ford being the captain.  There are 4 members as part of the FPS (Future Problem Solving) team. Overall, there are six seniors on the academic team, each one bringing their own strengths to the team as a whole.

There are high hopes for a season full of wins and the possibility to compete at state. Just recently, a few of the members competed in composition (on-demand writing), and are expecting their results in December. Also, they will compete in written assessments near the end of the season.

We are so proud of our Academic team and support them through their upcoming season!