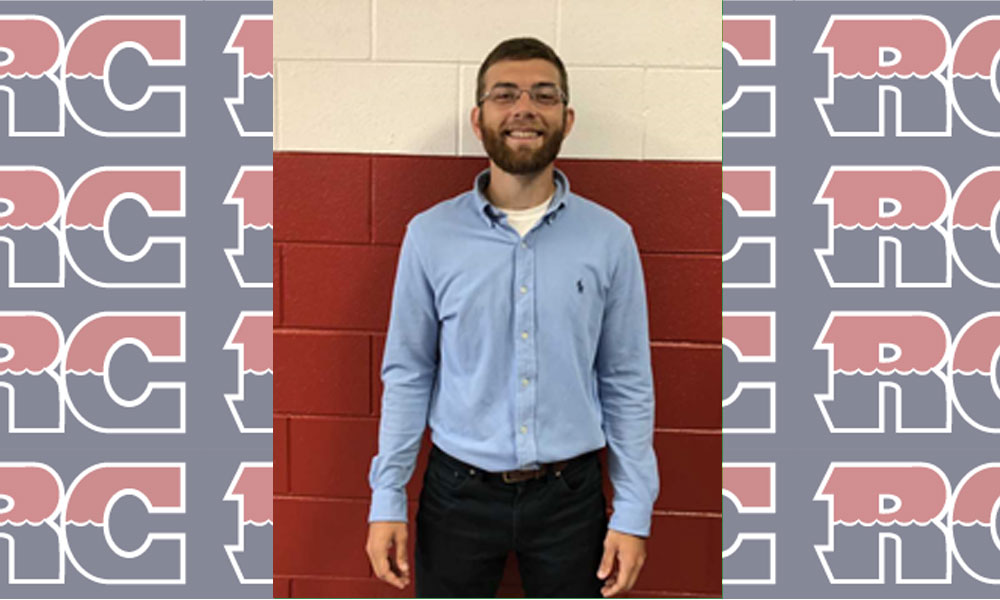 As many of you know, we have tons of new teachers in the building this year. I have recently sat down and interviewed Mr. Dylan Beasley, Social Studies teacher, to find out a few things about him.

Mr. Beasley says that his goals as an RCHS teacher are, “to make a positive impact on the student body and co-workers.” He goes on to say, “I want to help the students become engaged citizens prepared to make an impact in the real world.”

Mr. Beasley is super excited to be out of the college classroom and to have the opportunity to make an impact on his own classroom. “I want to make sure that the hard work I put in as an undergraduate student and graduate student will pay off,” he passionately said.

Mr. Beasley would like his students to know that he is married to the woman of his dreams, Mariah.  Outside of school, he enjoys coaching football for the Lakers. He also enjoys running to stay in shape, playing tennis, and reading comic books in his spare time.

Until he graduated last year, he played football at Lindsey Wilson College.  Afterwards he traveled to Norway to play on a European team for a few months.  Naturally, he is also a huge sports fan! Some of his favorite teams include the North Carolina Tar Heels, Cincinnati Reds, Indiana Pacers, and Roger Federer.

Also, his favorite thing about Kentucky is the beautiful farm land because it represents the roots of the state, and that hard work is worthwhile and will pay off in the end.  We are thrilled to have Mr. Dylan Beasley on our staff this year. Be sure to welcome him if you have him in class or see him in the halls! Good luck and welcome to RCHS, Mr. Beasley.